A catalyst is a substance that influences the rate of a reaction without itself being consumed. A positive catalyst promotes a reaction while a negative catalyst demotes a reaction. Catalysis occurs by changing the activation energy of a reaction but not changing the thermodynamic nature of the reaction. A catalyst can only influence the rate, but not the equilibrium of the reaction. In some cases, a reaction product can catalyze the rate, which is often termed as autocatalysis. The free-radical initiated oxidation certainly is such an example. Hydrogen ions and/or hydroxyl ions are often involved directly in the degradation of pharmaceuticals. When the concentration of hydrogen ion or hydroxyl ion appears in the rate equation, the reaction is said to be subject to specific acid-base catalysis. Drug degradations are often determined in buffered solutions and studied by monitoring the drug itself. As a result, the degradation kinetics is often apparent first-order with the apparent rate constant in the following form: 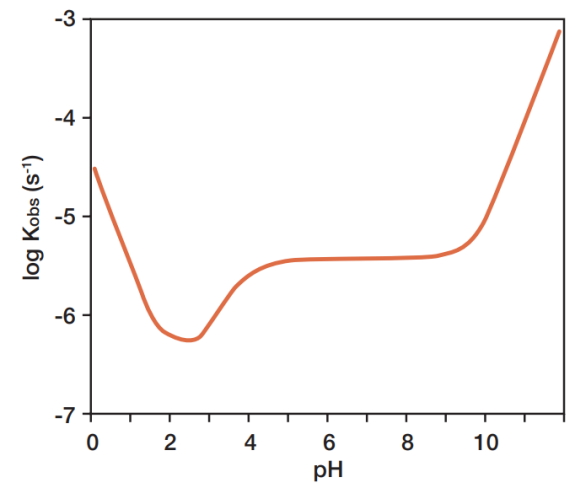