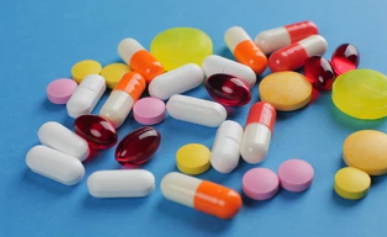 Suspending agent is a kind of viscous hydrophilic colloidal substance, which can increase the viscosity of the dispersion medium to slow down the sedimentation speed of particles, and adsorb on the surface of the particles to become a barrier to prevent the aggregation and agglomeration of particles. It acts as a suspending agent in the flocculation system. Especially important, suspending agents with thixotropy are ideal suspending agents. But it should be noted that the amount of suspending agent should be appropriate. Adding too much suspending agent will make the system too viscous and not suitable for dumping; after taking it, the residual time in the oral cavity is prolonged and the aftertaste is not good, and the particles are not easy to redisperse after they have settled. In addition, attention should be paid to the drugs in the suspending agent and the suspension or their curative effect; when the suspending agent and the drug are oppositely charged, the charge is neutralized or the system contains a large electrolyte due to colloidal coalescence due to salting out, so it is designed when choosing a suspending agent in the formulation, careful consideration should be given to the trial production of small samples, and it is best to be supplemented by rheological parameter determination in order to select the best variety. CD Formulation provides various excipient molecules for customers. Our pharmacy or other professional researchers and experimenters are constantly developing new product solutions. We can customize suspending Agents and provide solutions for drug development and research.

Generally, glycerin, syrup, sorbitol, etc. are low molecular weight suspending agents. The most commonly used is glycerin. Glycerin is a colorless or slightly yellow transparent viscous liquid, non-toxic, odorless, non-corrosive, and has strong hygroscopicity. It can react with inorganic and organic acids to form a variety of esters. It can be used under certain conditions.

The Choice of Suspending Agents

If you have any requirements for excipients, please contact us by phone or email, and our colleagues will reply to you within 2-4 working days.