Foaming agents refer to a type of surfactant that can reduce the surface tension of water to form foam, so that the air bubbles in the aerated flotation slurry can adhere to the selectively floating mineral particles. CD Formulation provides customers with various excipient molecules. Our pharmacies or other professional researchers and experimenters are constantly developing new product solutions. We can customize foaming agents for customers, and can also provide customers with drug research and development solutions. 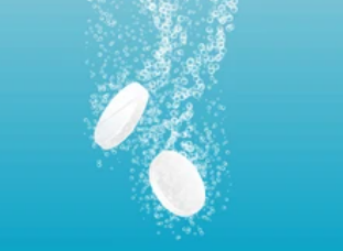 Foaming agents refer to a type of surfactant that can reduce the surface tension of water to form foam, so that the air bubbles in the aerated flotation slurry can adhere to the selectively floating mineral particles. The molecular structure of foaming agents is similar to that of collectors, most of which are heteropolar molecular surface active substances composed of polar groups and non-polar groups. One end of the molecule is a polar group, and the other end is a non-polar group. The polar group of the collector is close to solids (minerals), and the non-polar group is close to air. The polar group of the foaming agent is hydrophilic, and the non-polar group is air-loving. Oriented arrangement at the water-gas interface reduces the surface tension of water, so it has a foaming effect. Among them, there are non-ionic and ionic compounds. Among them, the non-ionic indicates that the variety, function and effect of the active foaming agent are dominant. Non-ionic foaming agents generally do not have collecting properties, while ionic foaming agents often have both collecting properties.

Heptafluoropropane is a liquefied gas. In a container under its own vapor pressure, it is a liquid at room temperature, and when exposed to atmospheric pressure, it is a gas at room temperature. The liquid is colorless and odorless. The gas has a slight ether odor at high concentrations. Heptafluoropropane is non-corrosive, non-irritating, and non-flammable.

CD Formulation is a leading manufacturer of excipients, serving the pharmaceutical industry to help it improve the performance of its products. The company's employees are composed of people who have been engaged in research, production and application of excipients for many years. We develop, produce and sell pharmaceutical excipients for solid, semi-solid and liquid dosage forms. If you have any requirements for excipients, please contact us by phone or email, and our colleagues will reply to you within 2-4 working days.