CD Formualtion can provide you with film former excipients to meet your requirements in your experiments or applications. At the same time, we can provide professional guidance and suggestions for the application of pharmaceutical excipients in medicine. 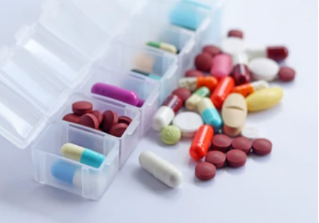 Generally, excipients are considered to be pharmacologically inert substances, but they can also actively participate in the interaction of pharmaceutical excipients, that is, physical, chemical, and physiological, affecting the stability of the product and the therapeutic effect of the pharmaceutical ingredients after the drug is decomposed. The degree of decomposition of the drug substance depends to a large extent on the chemical configuration, the quantity of the drug and the nature of the excipients used. The film former excipient is usually a coating product, which is a combination of a film-forming polymer, a plasticizer, and a stabilizer. By increasing or decreasing the amount of film-forming agent used, the drug release rate can be changed and uniform drug release independent of pH can be provided.

The precise and efficient film-forming system has the advantages of combining thin films and hydrogels, and offers great potential for controlling drug delivery through the skin. Films (patches) and gels have been widely designed for skin disease or wound care in the past few decades. These dosage forms may also contain drugs for therapeutic applications. The film or patch has the advantage of being a drug reserve, has adhesive properties, and provides precise performance at the targeted part of the skin, thereby prolonging the release of the drug and improving the therapeutic effect. However, the fixed size and shape of these dosage forms is a limitation, especially for patients under certain restrictive circumstances.

Generally, the formulation of the film-forming system contains a mixture of drugs, excipients (additives such as polymers) and volatile solvents, which can convert liquids into thin films on the skin surface after use. Therefore, factors such as the physical and chemical properties of the drug, the type and concentration of polymers and plasticizers, the role of additives in the formulation, and the evaporation of solvents will determine the rate of drug release through the skin by adjusting the saturation of the drug.

CD Formulation is a technology-based enterprise specializing in the research, production and sales of pharmaceutical excipients. The company's employees are composed of people who have been engaged in the research, production and application of film-forming excipients for many years. Such as experienced R&D personnel, color matching personnel, after-sales service personnel, etc. Ability to provide scientific and reasonable formulas and targeted products. This provides strong support and guarantee for CD Formulation to realize the purpose and goal of serving pharmaceutical manufacturers.

If you have any requirements for excipients, please do not hesitate to contact us for more information or to discuss in detail, and our colleagues will reply to you within 2-4 working days.