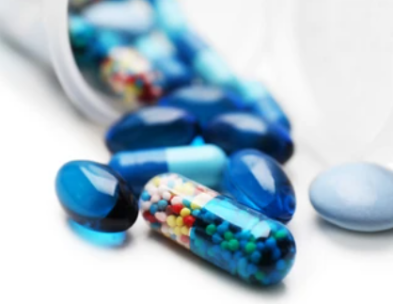 Plasticizer can increase the plasticity of the film-forming material, and make the formed film soft, tough, and not easily broken. Broadly speaking, any substance that can make the polymer soft and elastic can be called a plasticizer. Plasticizers are a class of substances with smaller molecules. Adding them to polymer materials can reduce the force between polymer macromolecules and make the material soft and easy to stretch and shape. DEHP (bis(2-ethylhexyl) phthalate) is a commonly used plasticizer. It is very toxic in small doses, but long-term large-scale exposure can cause many health problems.

Many tablets have film coating. This is to protect the active ingredients in the tablet. A layer of coating separates the tablet core from the outside air and humidity. The traditional method is to wrap the tablets with sugar coating, but this consumes a lot of materials and the protection effect is not very good. Therefore, it is more commonly used to coat tablets with a layer of polymer material film. In order to make this film more flexible and not easy to crack, some plasticizers need to be added to it. DEHP itself is not used for this purpose, but several similar substances can be used as pharmaceutical plasticizers, including diethyl phthalate (DEP), dimethyl phthalate (DMP) and phthalate Dibutyl formate (DBP) and so on. In the United States, Europe and China, such materials are allowed to be used as pharmaceutical excipients, but the amount must be strictly limited.

Plasticizers are mainly used in oral solid dosage forms. Plasticizers are added to the polymer used as a film-forming agent to make the polymer flexible and soft and enhance the flexibility and plasticity of the film. They play a vital role in gastric retention membranes, eye membranes, transdermal membranes, oral membranes, orodispersible membranes, and are added to these products to lower the glass transition temperature, thereby promoting the development of drugs and other ingredients. Thermal stability. They are believed to be effective in delaying the release of drugs in acidic media.

In the pharmaceutical industry, there are two main situations where plasticizers are used. One is to make film coatings for tablets, and the other is to make infusion packaging bags and plastic catheters.

According to chemical structure:

It can be divided into polyols, polyols, esters, alcohol esters and polyesters.

Select plasticizers according to the properties of film-forming materials: solubility, viscosity.

If you have any requirements on excipients, please do not hesitate to contact us by phone or email in time, our colleagues will reply to you within 2-4 working days.