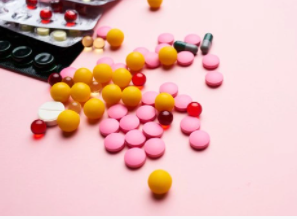 Thickener excipients are mainly used to improve and increase the viscosity of the drug mixture without affecting other characteristics, giving the drug a suitable mouthfeel and taste. At the same time, the thickener excipients we provide can also increase stability and improve suspension. Since thickeners are mostly hydrophilic polymer compounds, two principles of physical water swelling and chemical reaction are generally adopted to increase the viscosity. The thickener molecules contain many hydrophilic groups, such as hydroxyl, carboxyl, amino and carboxylate, which can hydrate with water molecules. The major of the thickener molecules are extracted or processed from natural plants and animals. CD Formulation provides customers with various excipient molecules. Our pharmacy or other professional researchers and experimenters are constantly developing new product solutions. We can custom thickener excipients for customers, and we can also provide customers provide solutions for drug development research.

There are many substances that can be used as thickeners, and they can be classified in the following ways:

According to the chemical structure and composition of thickeners, they can be divided into two categories: polysaccharides and polypeptide. Among them, polysaccharide thickeners include starch, cellulose, pectin, alginic acid, etc., which is widely distributed in nature. Polypeptide thickeners mainly include gelatin, sodium caseinate and cheese pastry, etc. These substances have limited sources, high prices, and fewer applications.

The Role of Thickener Excipients in Medicine

The thickener is mainly to give the required rheological properties of the drug mixture: change its texture and appearance, form the liquid and slurry drug mixture into a specific form; and make it stable and uniform.

Has a masking effect on bad odors. Among them, cyclodextrin has a better effect and can eliminate the peculiar smell in the medicine.

CD Formulation is a leading manufacturer of excipients, serving the pharmaceutical industry to help it improve the performance of its products. We develop, produce and sell pharmaceutical excipients for solid, semi-solid and liquid dosage forms. If you have any requirements for excipients, please contact us by phone or email, and our colleagues will reply to you within 2-4 working days.