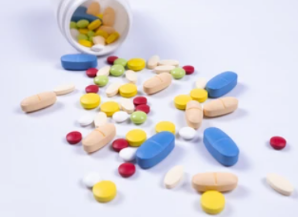 Disintegrant excipients refer to substances that can make tablets quickly break into fine particles in gastric and intestinal fluid, so that the functional components can be quickly dissolved and absorbed to play a role. Most of these substances have good water absorption and expansion, so as to achieve the disintegration of tablets. In addition to sustained-release tablets and some special purpose tablets, general tablets should be added with disintegrating agent. Disintegrating agents work to remove the binding force caused by adhesives or high compression, causing the tablet to collapse in water. CD formulation provide disintegrant excipients and we have pharmaceutically-related researchers and laboratory staff, as well as professional laboratory equipment, to provide product purity and performance to meet your requirements. In addition to bringing you products, we also provide custom disintegrant excipients and product solutions to help you solve problems encountered in the drug development process.

Several types of disintegrants have been used routinely for many years and can be distinguished according to their mode of action:
(a) Enhance the effect of capillary force and promote water absorption (through sweat absorption).
(b) Swelling in contact with water.
(c) The release of gas directly leads to the disintegration of the tablet.

The general purpose of adding one or more disintegrants to product formulations is to increase the surface area of the product and soften the binding substances that hold the solid particles that make up the product. The net effect is that when the tablet is exposed to an aqueous medium, it first decomposes into granules, and then decomposes into fine granules. The rapid dissolution increases the rate at which the active ingredient is absorbed by the body, producing the desired therapeutic effect. Please note that tablets labeled as chewable tablets generally do not need to include a disintegrant in the formulation.

Mechanism of Action of Disintegrating Agent

What Need Attention Are:

CD Formulation is a leading manufacturer of excipients, serving the pharmaceutical industry to help it improve the performance of its products. We develop, produce and sell pharmaceutical excipients for solid, semi-solid and liquid dosage forms. If you have any requirements for excipients, please contact us by phone or email, and our colleagues will reply to you within 2-4 working days.