In a matrix diffusion-controlled system, the drug is bound to a polymeric carrier in a dispersed form. For controlled release systems using non-biodegradable polymeric materials as carriers, the solubility of the drug in the system is the controlling factor for the release rate. For biodegradable polymers, the release rate is controlled both by the solubility of the drug in the system and by the rate of degradation of the polymeric carrier. CD Formulation has long focused on the development of drug transport system technologies, designing and optimizing matrix diffusion systems to help our customers better develop their drugs.

In a homogeneous matrix system, the drug is dissolved or dispersed in a homogeneous matrix, primarily a polymer. Once the matrix system is immersed in the dissolution medium, the drug present on the surface of the matrix will dissolve in the dissolution medium. This will result in concentration differences and the drug will diffuse from the inner to the outer layers of the matrix. As a result, a depletion zone will form at the boundary of the matrix and will increase over time. The release rate will also decrease over time as the drug must diffuse over longer distances.

Before the tests are performed, the drug, polymer and other substances need to be made into polymer films, which are then subjected to a series of performance characterization tests. 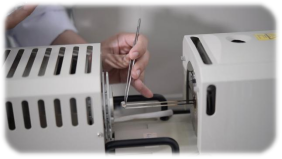 CD Formulation provides integrated innovation solutions from strategy to implementation to help you increase opportunities and address challenges. Through our in-depth experience in many different industries, including consumer and technology, we bring innovative solutions and cross-industry best practices to drug development. If you have a requirement about our services, please contact us by phone or email, our colleagues will reply to you within three working days.