Oral sustained-release suspension are oral liquid dosage forms that can provide sustained drug release through controlled drug release. Such formulations are particularly suitable for pediatric and geriatric patients and for patients who cannot swallow tablet dosage forms. The main challenge with extended release dosage form suspensions is to maintain the stability of the suspension throughout its shelf life, as in case of failure, irregular blood concentrations may be achieved, which may sometimes be subtherapeutic or toxic. CD Formulation can provide product solutions for extended release dosage form suspensions according to the customer's requirements, which in turn facilitates the commercialization of the drug. 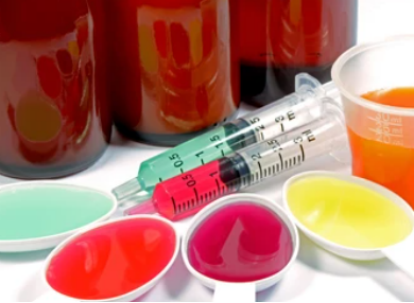 CD Formulation's team is a leading expert in all aspects of drug formulation development and dosage form optimization, and we can design the formulation of an extended-release agent suspension based on the properties of the API and the customer's development goals. CD Formulation can provide you with a one-stop-shop for your suspension needs.

Advantages of Our Services

Sustained release suspensions and sustained release granules (capsules) have similar advantages: the in vivo behavior of the release system is rarely affected by the gastric emptying rate, with little individual variation and good reproducibility; large distribution area in the gastrointestinal tract, fast absorption and high bioavailability; the release system is administered in a multi-unit granular dosage form, which reduces the stimulation of the gastrointestinal tract; defects in the preparation of individual granules or parts of the powder do not have a serious impact on the release behavior of the entire formulation Therefore, the drug release pattern is reproducible. However, there are two other outstanding advantages of extended-release suspensions compared with other extended-release drug delivery systems: 1) the dose can be divided according to the different needs of individuals for the dose; 2) the fluid-like drug is easy to swallow and is suitable for young children, elderly people and patients with swallowing difficulties.

If you have a requirement about our services, please contact us by phone or email, our colleagues will reply to you within three working days.